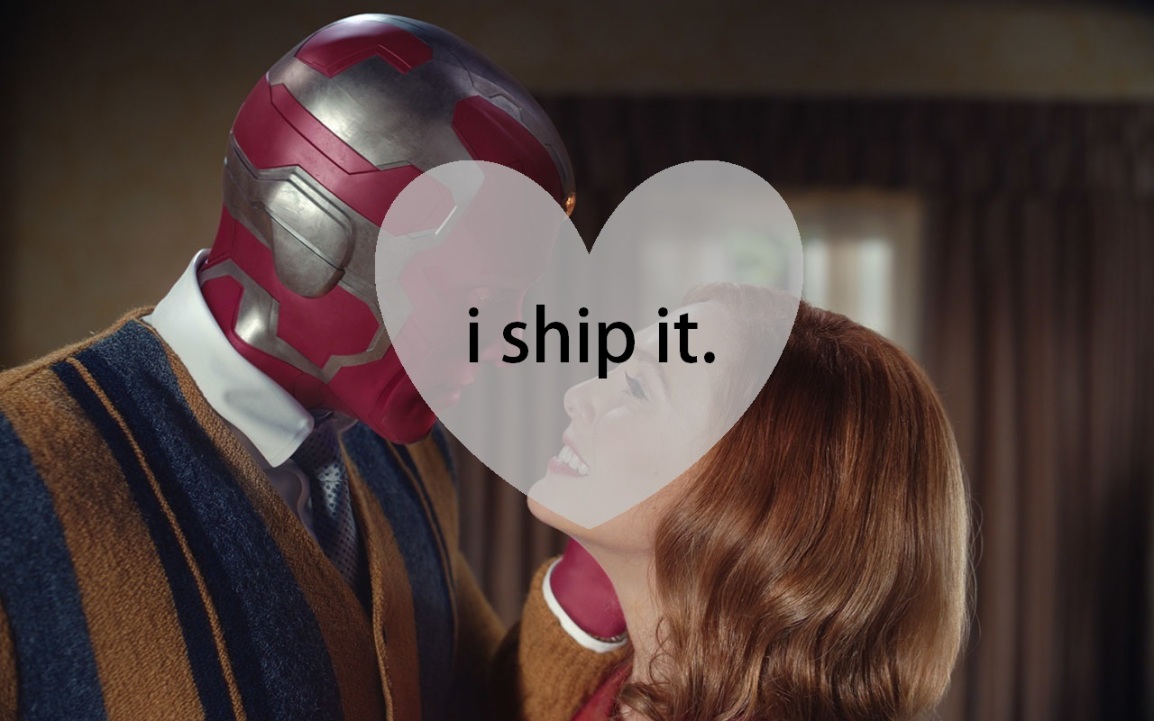 I wasn’t interested in WandaVision at first. Yet, after giving it a try, I was hooked in the first few minutes, all thanks to the titular characters. Two characters I had very little interest in before now. Is this series the best thing to have ever happened to these two?

Wanda and Vision were first introduced to general audiences in Avengers: Age Of Ultron. While they have a complex relationship in the comics, the same can’t be said for their big screen counterparts. Coming from a franchise that isn’t exactly known for having well-written romantic relationships, poor Wanda and Vision never stood a chance.

Their relationship is forced. In the space of three movies, they barely got time to talk to each other, let alone form a believable bond. Understandably, they had little to say to each other in Age Of Ultron, what with being too busy fighting the Big Bad and sloppy pacing. Avengers: Civil War showed a tentative friendship, which resulted with Vision attempting to imprison Wanda and Wanda yeeting him six hundred feet under. They met in secret while Wanda was a fugitive, a scene that lasts barely a minute, and we’re meant to assume they fell in love between movies. With the little development they had, when their big romantic tragedy happened in Infinity War, the whole thing felt a touch melodramatic.

WandaVision on the other hand… Oh boi, I’m boarding this ship now.

Why? The answer is simple enough.

Never underestimate the power of the domestic AU.

In fandom, a domestic AU is a work showing canon characters living everyday lives. Hang about in any fan circle for long enough, you’ll come across this idea eventually. Sometimes, when science fiction and supernatural plots get too heavy, we just want to see our favourite characters take a breather and experience the wonders and troubles of normality.

WandaVision is the epitome of a domestic AU – married life, kids, working life etc. There’s something charming about seeing Wanda flying saucers into Vision’s head one episode and debating what to name their kids the next.

Some might find this slice-of-life story out of place in the Marvel Cinematic Universe, but that’s exactly why it works. Marvel has been building its canon since 2008’s Iron Man, consistently releasing a new movie every year except for 2009 and the year-of-disaster 2020. That’s over a decade of Marvel’s action-packed spectacle. A lot of us are feeling a little burnt out by now.

You can still be a Marvel fan and feel burnt out by Marvel movies. That proves you’re a fan.

WandaVision, on the other hand, is refreshing. It’s not afraid to slow down, show less action, and just have two people being themselves as the central conflict. Of course, there’s a lot more than that going on. There’s plenty of mystery crammed between its charm and wit, puzzle pieces that are slowly slotting together as the series goes on. This is, after all, a part of the MCU, and no monochrome filter will hide that.

This is exactly what Wanda and Vision needed – a chance to work together as a couple.

The series has given them room to flourish. In this case, it gave them an all-American neighbourhood, white picket fence and all. Now, it’s plain to see why these two love each other. I just wish they’d been given this chance before Infinity War.

So, is this the best thing to have happened to Wanda and Vision?

In short, the answer is yes. Yes it is.

Writer In A Hat

Writes speculative fiction, is a lover of science fiction and fantasy, and wanders aimlessly in circles when brain storming ideas. Family and friends are very concerned about that last part. View all posts by Writer In A Hat