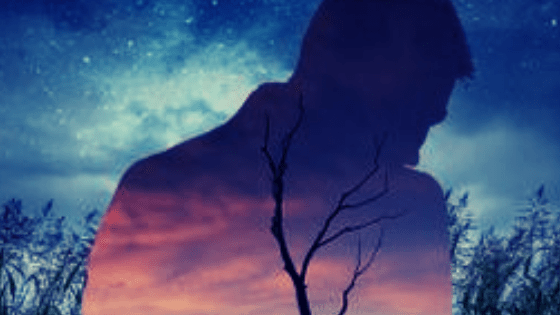 I’ve talked about the great the opening scenes of a TV show and a movie. It’s time to look at a book. Today it’s one of my favourites, The Man Who Fell to Earth by Walter Tevis. You can read my barely restrained fangirling in my goodreads review, but for this post I’ll be digging into what makes the first chapter work.

Like all good books, The Man Who Fell to Earth hooks us on the first page.

After two miles of walking he came to a town.  At the town’s edge was a sign that read HANEYVILLE: POP. 1400. That was good, a good size.

This opening does its job by starting in an immediate scene and raises those all important story questions: Why he did walk so far? Why is 1400 a good size? It’s clear this character wants something, but it’s not yet clear what it is.

Slowly details about this mysterious man are revealed. We’re told he’s scared, but not of what. More importantly, we’re told he’s not human. This twist is what makes the scene interesting. Why would an alien come to Earth, to this town, and what is he planning? The premise of the book is firmly established.

Now in the town, the alien sits and watches the humans for a moment. Internal narrative tells us he watched humans on television on his home planet, that he’s in disguise, and that he’s fully aware of dangers such as being molested. Again, Tevis is dropping information that only serves to intrigue us and to build suspense.

When the alien decides to enter a jewellery shop, this happens:

He opened his mouth to speak. Nothing came out. He tried to smile, and his face seemed to freeze.

This allows us to sympathise with the character. He’s alone, scared, and in a place he doesn’t know. It’s hard not to wince in sympathy, even if we’re not sure why he’s there to begin with. We also acknowledge his bravery and his determination to get through this situation, very likeable characteristics.

We’re given the first clue to this alien’s grander plan. He asks to sell his ring and a quick conversation with the store owner finally reveals his name – or rather his fake name. Thomas Jerome Newton.

Every new detail revealed, from the character’s appearance, his intelligence, his physical weaknesses, and his desire for money, only serves to build more intrigue. There are plenty of answers, but even more questions and hints that this character may not have the best intentions:

This would be, after all, a fine world…

For a good 50% of the story, we can’t be sure if we can trust the main character. We have absolutely no idea what his grand scheme is, only that he has one. The mystery urges us to keep reading.

The Man Who Fell to Earth is a good example of an opening that works with quiet action, a sense of forward motion, and a good dose of intrigue. There’s no need for guns-blaring or volcanic eruptions here.

If you haven’t already, check out my opening breakdowns for Mr. Robot and Baby Driver and if there’s a story you think had a great opening be sure to mention it in the comments.

What's this? An author's brand? You mean I have to boil down my complex human personality into something marketable? That's a lot of pressure. Where would I even begin? I have many facets. Many hats, if you will. One second I'm scribbling down heart-stopping thrillers, the next I'm writing a rhyming poem about a rabbit stealing eggs. What I'm writing could change any minute. No writer should have to stick to just one hat. View all posts by J.H. Dixon