How To Write a Believable Friendship 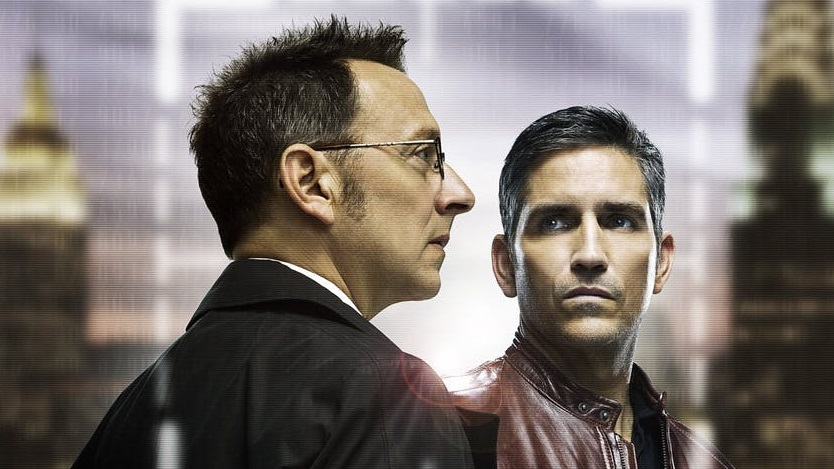 Writing a believable friendship is a must in a lot of fiction. From the classic ‘Strangers to Friends’ to the always fun ‘Enemies to Friends,’ characters who are initially suspicious of each other have the most interesting dynamics. But how can we get this transition to feel organic?

Person of Interest is a crime-tech thriller with a ton of characters who begin as strangers or enemies and evolve to allies, friends…and, uh, frenemies? Sometimes?

In this guide, we’re looking at the two leads: Harold Finch & John Reese.

1. Why don’t your characters trust each other?

Reese and Finch are very private people, with dangerous secrets and guilt-ridden pasts they’d rather keep hidden. If that wasn’t enough, Finch is quick to inform Reese that he knows everything about him, including that he was a former CIA agent.

This gives Finch the upper hand, and another reason for Reese to be suspicious. Reese wants to find out more about Finch as quickly as possible to even the playing field.

But not all characters are as secretive as Finch and Reese. With those who otherwise wouldn’t be so distrustful, we might team up characters who share a rocky history, or have two enemies work together. Two strangers may not trust each other because why should they? They’re strangers!

Keep character and genre in mind.

Often the plot will force characters to be together, but it’s important to let our characters be active agents in their own story. Once they’re together, they must choose to stay together, even if that decision is a reluctant one.

Most team-ups involve a collective external goal, such as:

To give the team-up more emotional weight, it should also include something internal.

In Person of Interest, the external goal is to save people by predicting crimes and preventing them. The internal element is their shared motivation: Reese and Finch want to atone for the people they failed to save in the past.

Finch has the intelligence, Reese has the physical skill. They need each other to get what they want, and their motivation gives them an understanding vital to the development of their friendship.

At first, Reese is very sceptical about Finch and who/what gives him the ability to predict crime. He believes Finch is just a ‘bored, rich guy’ and on their first case together accuses Finch of being a stalker.

Judgements are a good way to reveal depth to all participants.

Pit these against each other!

Some judgements will be incorrect. Only time will prove them wrong.

4. When do your characters accept this is a long-term arrangement?

Teetering on the border of respect, there’s acceptance. They don’t quite trust each other yet. They might not even like each other. But they’re in this for a long time and they’ve come to terms with it. They’ve learnt to work together.

With Reese and Finch, this happens immediately. They have no reason to argue or fight. All they care about is the ‘job.’

But it isn’t peaceful.

Remember, Reese is trying to discover Finch’s secrets, and Finch knows this. But neither of them are willing to compromise the job. They’ve accepted the situation.

It might take a little longer for your characters. Are they happy about the situation they’re in? If not, they’ll argue. They may even sabotage each other.

5. What traits or skills do your characters respect in the other?

Acceptance gives way to respect. Have your characters respect certain qualities about the other, a skill or a personality trait.

Reese quickly comes to respect just how intelligent Finch is, and Finch is equally impressed (and sometimes disgusted) by Reese. This is a constant in the show, and is a big part of their banter.

Respect is a huge part of a good relationship. Without respect, a healthy friendship can’t form. Consider,

6. Getting comfortable? Time to test the boundaries!

Have your characters been poking and prodding at each other from the start, or have they stayed civil to avoid conflict? Either way, now they’re comfortable enough to start pushing the boundaries.

With Reese wanting to find out as much as he can about Finch, he’s pushing at those boundaries from the start. Researching… Blowing his cover identity… Stalking… Hiring someone else to stalk for him….

These are some extreme examples. Genre matters!

More common is verbal sparring, which Reese and Finch partake a lot in.

This is a good place to lighten up and develop a rapport. It’s not quite harmless.  It’s still a little tense, like those few first jokes with a stranger that don’t quite land. Some jokes might go too far, and have the less trusting putting up their walls again.

7. From respect to appreciation

In POI, Reese and Finch are always saving each other from deadly situations. But it’s not just the big stuff that counts: They give each other gifts, bring each other coffee, go for walks together, take turns taking care of their dog – all sorts!

It might help to make a list of ideas and put them in a rough order of where they might fit in the plot. It’s important to know what your characters feel towards each other and why. Remember cause and effect.

Give one of them the opportunity to take advantage of the other – and choose not to. Reese is given the perfect opportunity to find out more about his mysterious employer when Finch is drugged.

Finch says, “Ask me anything.”

It’s a beautiful and touching moment.

Everything has been building to this. If you’d laid the foundations, this part is a breeze.

Remember that tense rapport mentioned earlier? It’s evolved into something a little sweeter: jokes, friendly insults, teasing, all punctuated with fond smiles or head-shaking. You know the ones!

They give each other space when needed. They know each other well enough to know what each other needs.

Have them celebrate together.

10. Take away their EXTERNAL need for each other.

There will come a moment when our characters don’t need each other anymore.

Their situation has changed in some way. Maybe one of them has a separate mission. Maybe they fulfilled their bargain. Whatever the case, the logical thing for them to do is part ways.

Their time together has changed them. If they were the same people at the beginning of this relationship, this would be it for them.

Reese discovers that Finch put in measures that if he’s ever killed or goes missing, Reese could carry on the work they started alone. But Reese refuses, avowing “He’s my friend, and I won’t do this without him.”

Have you watched Person of Interest? Do your characters trust each other or not? Do you have enemies working together, or strangers? Do you know of any other works that have this similar arc and would you recommend them?